Hailed as India's first stereoscopic animated film, 'Krishna Aur Kans' is an exciting narrative full of action and drama. The movie chronicles Krishna's early years -- from his birth as the nemesis of his tyrannical uncle Kans, to his combat against lethal demons till the age of 10. This riveting film brings to life Krishna's various adventures and miracles, in an aim to fulfill his aim on earth -- to put an end to evil. 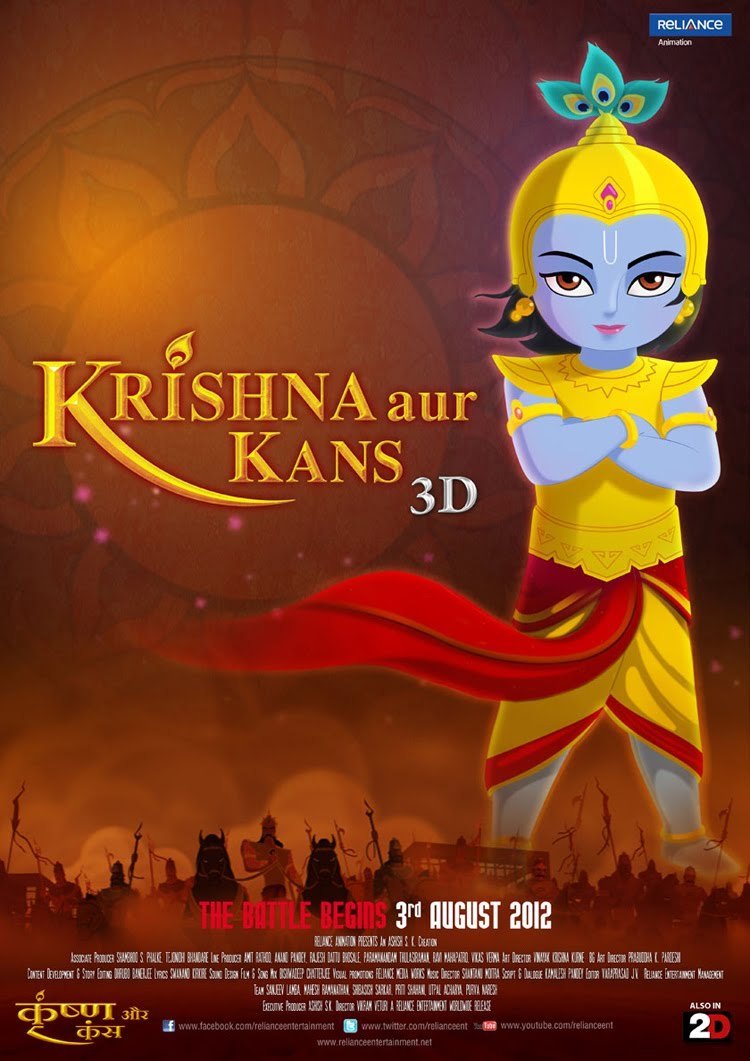 "Krishna Aur Kans", the 3D animated film, is all set to release in four different languages on August 3. The film, which will be produced in Hindi, Tamil, Telugu and English, is based on the timeless tale of Lord Krishna and has a voice cast of Om Puri as Kans, Juhi Chawla as Mother Yashoda and Prachi Save as Krishna
Read More

MUMBAI: Finally, the industry thinks there is an audience for animation in India. Reliance Animation produced 3D animation movie 'Krishna Aur Kans', being distributed by Reliance Entertainment is set to create new benchmarks with its release on this August. It will be the widest ever released animation movie in India.
Read More